Introduced to applause from consumers and confusion from competitors, the T-Mobile® Binge On plan enables subscribers to view video from 15 content providers, without usage being counted in their mobile data consumption. This represents a major breakthrough.  Though the exact mechanics behind how T-Mobile is making this possible are unknown, with a basic understanding of streaming technology and given that the video resolution from providers’ participating in the program is limited to 480p (DVD quality), it’s not difficult to guess how this can be achieved.

Binge On is optional and may be deactivated if users prefer the highest resolution possible on their device, such as full HD 1080p.  But who would want to when you can view as many videos as you like without worrying about a huge bill showing up next month.

This is not the first time T-Mobile has attempted something so bold. Just look at Music Freedom™, which offers the same “unlimited” promise for select music services.

So what’s the catch with Binge On?  The catch is this: for high-resolution, large screen devices such as the iPhone 6s Plus, you may see a noticeable dip in video quality.  A fact that is caused by the forced downgrade of what normally would be a beautiful HD picture to SD.  This doesn’t sound so good, so let’s take a deeper dive into what the drivers are for T-Mobile.  Why would they want to downgrade video quality and then heavily advertise this fact?  Doesn’t seem like a good strategy for customer retention and good-will…

T-Mobile states that the data optimization step used by Binge On, which streaming services must opt into, results in an approximate 66 percent decrease in bandwidth usage, or a 3x increase in video for the same amount of bandwidth.  We love this, as Beamr is all about cutting bandwidth.  But is there a better way to do it without sacrificing quality on the scale that T-Mobile is?

T-Mobile’s CEO, John Legere, eloquently outlined his vision of Binge On in his blog.  Binge On fits in with a “free and open Internet” and T-Mobile seeks to give customers the ability to control how they apply their high-speed data towards mobile video.

After all, according to Legere, mobile video is now the number one way Americans use their wireless data, with data usage for this purpose growing by 145 percent in the last two years alone to 1.6GB per month.  And watch out, mobile video is set to increase another 400 percent to 8.4 GB per person by 2020.  Cord-cutting is up 60 percent since 2010, but it is the way customers are now consuming content that’s important for businesses to understand.  Video is increasingly going mobile.  Yes, we are watching movies on our phones and tablets, in some cases even while sitting in the very room where a large TV hangs on the wall.  Go figure.

Subscriber growth is not a booming business for carriers, but data consumption is.  According to Cisco, 4.2 Exabytes of mobile data per month will be consumed globally in 2015, but by 2019, that number will rise to 24.2 Exabytes.  From 2014 through 2019, it averages out to a compound annualized growth rate of 57 percent for mobile data consumption.

Not only did budget-plan data caps for 4G data usage rise from 2 GB for many T-Mobile customers, but now many apps that would have used up that data in an hour or two won’t count at all.  You can watch Netflix and HBO and stream Spotify all day long without worrying about hitting that cap.

While this might seem counterintuitive from a B2B perspective for a mobile company to actively reduce their customers data usage, T-Mobile has done a great job convincing investors that market share gains and subscriber growth outweighs positive free cash flow and growth initiatives.  This is making T-Mobile the most pro-consumer company in its peer group, surpassing AT&T and Verizon.

What the other wireless companies all had in common until now, is a lottery winning sized revenue stream from overage charges alone.  And according to Legere, this year alone, all the carriers combined will charge $2.4 billion in overages.  But then Legere is quick to point out that $45 billion is the amount people will pay for data they didn’t even use.  Profoundly, consumers with limited data have a choice to make.  They can either keep their plan at its current data allotment and risk overage charges, or upgrade and risk paying for data they don’t use.  Sounds like a good deal for the mobile companies and NOT such a good deal for consumers.  Can you see why T-Mobile is depressing, sorry, “compressing” their competitors?

Essentially, Legere has charged that Verizon and AT&T have built their business model on getting customers to either exceed their data allotments or pay for more data than needed.

With T-Mobile’s new offering, content providers must agree to deliver a lower resolution version for files that are accessible through the Binge On program.  T-Mobile’s plan is to sign up many subscribers on medium-sized data buckets, and they are focused on keeping usage down.

T-Mobile has calculated that the amount of data they can save by reducing high-bandwidth video on the network will balance out the extra usage Binge On will encourage.

The key is the quality of the video being streamed. If you look at the difference in data use for a one hour program in 480p vs. 1080p, SD vs. HD resolution, T-Mobile benefits enormously.  Binge On gives the consumer a huge incentive to lower their bandwidth plan, which ensures the network will not be highly stressed, even as people consume more data.  That is the trade-off for consumers, who experience lower video quality under this arrangement.

Does Binge On put T-Mobile in a position to completely level the playing field?  Maybe not. Consumers are faced with a trade-off.  Do they want high-quality video streaming or unlimited streaming at a lower quality, without affecting their data plan?

At Beamr, we know they can have both. Media optimization – cutting bandwidth up to 50 percent, yet without compromising quality or resolution, well this is a win-win for mobile companies and consumers looking to stream quality video, whenever and wherever they wish.

We encourage your thoughts and streaming habits: streaming@beamr.com. 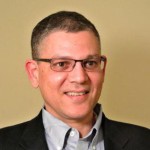