The future is HDR so you better wear shades

I can remember racing to my friend Craig’s house during our lunch break at High School, just so we could watch this new music TV channel, MTV.  Being musicians and huge fans of music, we were mesmerized.

Though the television technology we watched MTV on was no match for the displays of today, the intersection of content which I highly valued, and an engaged entertainment experience (24/7 music video with cool VJ’s) – shaped – dare I say revolutionized, not just me and my friends, but an entire generation.

I can’t say that high dynamic range (HDR) will have the same effect on millions of people, it’s highly unlikely.  But I do think you better wear shades because the future is bright for content distributors, television manufacturers and anyone who cares about creating new and exciting entertainment.

The first option for improving the perceived quality of video (as observed by the human eye) is to increase resolution.

It stands to reason that if we encode a video file with 3,840 pixels across rather than 1,920, there should be a noticeable improvement in quality.  After all, you have more dots represented, and thus a greater chance of visual details not being lost.

However, it turns out that in the real world, for a variety of reasons, higher resolution cannot always be noticed.  Example: if you have a 60″ TV, to be able to see the increased resolution of a 4k UHD panel, you must sit less than 8′ away from the television and in many homes that is simply not practical or even desired.  TV resolution viewing chart

The second way you can improve video quality is to transmit more frames.  This method utilizes the same resolution (typically HD) but doubles or quadruples the number of frames shown every second.  For high-speed action, namely sports, increasing the frame rate of the capture and display can offer a demonstrable improvement in quality.  Still, this step is not sufficient to push the TV viewing experience to a “wow”.

The term dynamic range is used to signify the difference (or range) between dark and light sections.  High dynamic range is the designation of a television capable of displaying brightness that is closer the real life.  Thus, the reason a reference to wearing shades seems apropos.  Vanguard Video whitepaper on HDR support within the HEVC standard.

With the acquisition of Vanguard Video, Beamr now has the designation of being the first commercially available HEVC encoder in the market with HDR support for HDR-10 and Dolby Vision.

Chicken and the egg

As with any new technology, there is always an initial awkward period where the buzz is growing while the reality is quite different.  For HDR, it’s not enough to have a standard, and it’s not sufficient to have an encoder.  If the content that is HDR compatible isn’t being produced, and without a high number of displays capable of supporting the format, technology adoption cannot go mainstream.

After several years of wrangling in the various standard bodies and industry consortiums, two HDR standards have emerged: HDR-10 and Dolby Vision, and Beamr supports both. A third standard, which merges the HDR standard proposals or Technicolor and Phlips, seems to be lagging behind, with initial demonstrations expected at NAB 2016, and commercial deployments in chip form expected by the end of the year.

Though each group can explain how their approach is best, and trade-offs exist between the front-runners, HDR-10 is a baseline that offers the minimum support required for UHD Blu-ray.  As such, many streaming content distributors are encoding with HDR-10 to satisfy playback ubiquity.  Whether a display supports Dolby Vision or Technicolor’s proposed standard, the chances that the consumer can experience an enhanced picture with HDR, are high, provided they buy a TV anytime after today.

The first mover with fully compatible HDR televisions, and most importantly content that can play on them, is Vizio with their new Reference Series.  http://www.vizio.com/r-series

Netflix is starting with Marco Polo season one but reported to Engadget that more titles are coming soon including Marvel’s Daredevil.  One can assume next season’s House of Cards will allow us an even more realistic view into the Underwood’s political life.

Be sure to visit us at NAB, April 18th to the 21st to check out the full line of Beamr H.264 and HEVC encoding and optimization solutions including our HEVC products that support Dolby Vision and HDR-10. Beamr encoding solutions including HEVC + HDR can be seen in the Las Vegas Convention Center South Hall Upper booth #SU11710. 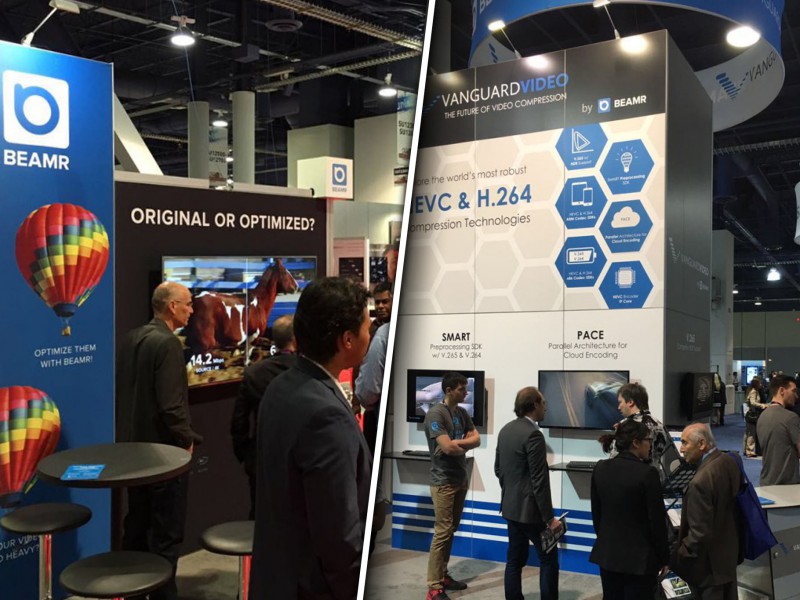